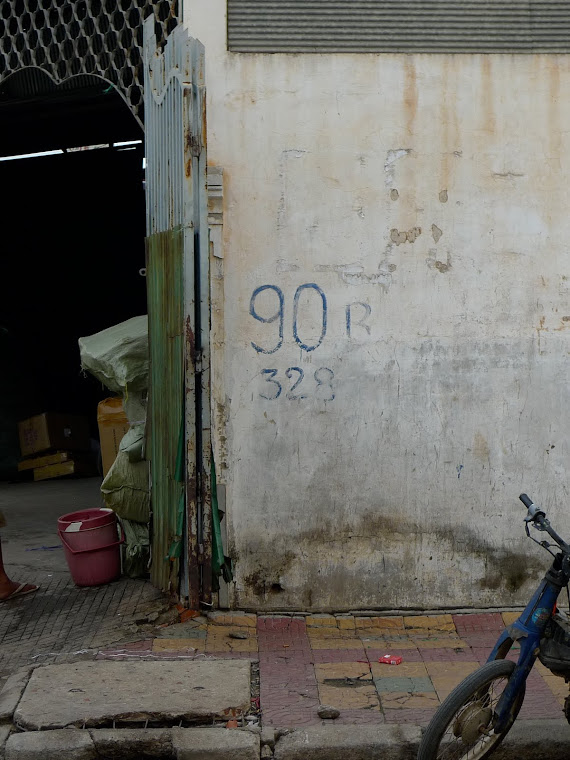 My first moto ride and my first tukluk 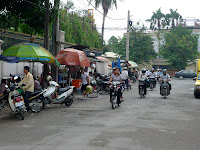 Monday I had my first moto ride, with Pheakdey, one of our drivers on one of those small motos he was wearing a helmet I was not this is how people do it here..they didn’t use to wear helmets at all, until there was a law introduced saying the driver is supposed to wear one, cause they have maaaaany accidents so this at least protects you a bit… but I can tell you I was holding him like there was no tomorrow, and I don’t think they are used to that :-)) and then even funnier, astrid joined, yes on the moto…so we were three… for them is common to ride even 5-6 but they are tiny …can u imagine 2 of us ‘European taille’ girls and him :-D but we survived, I had to close my eyes several times …when he was turning in the middle of another hundred motos hahah but he is a good driver maybe I try driving a moto one of these days..but first I’m gonna get a bike… and a helmet..i am going to ride my bike with a helmet hahahah
And so after eating some Thai food, we went to drink a tukluk – see wiki- we stopped on the side of the road, where there were some improvised tables in the middle of a garbage damp…oh , the smell..and some girls prepared some tukluk, a kind of smoothie..very good and refreshing, you can have it with an egg inside..but I thought I risked enough without the egg in…but I thought, well if they drink it why couldn’t I?? and I survived…well, until now :-P

Oh, and jumping to a different point: they have a fetish for European noses here…they fell in love with my nose, because it is pointed :-D they do not like they’re noses because they are flat…but all the men tell me I have a beautiful nose !! I have never been told I have a beautiful nose :-D ah, an the hair!!! they love my hair.. I think they’re not too happy that it is short, they prefer long hair :-P two women stopped me on the street to ask me whether my hair was real!! Mind you, they were asking me that in Brussels as well hahah..
Apparently wealthy Khmer lady’s get nose-jobs, so that they have ‘pointed’ noses.. So for the people out there who think their nose is too big, like my brother :-P, well here YOU can be a MODEL :-D
Signed Andra D at 18:48 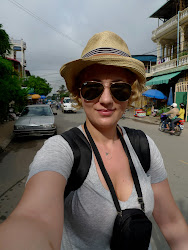